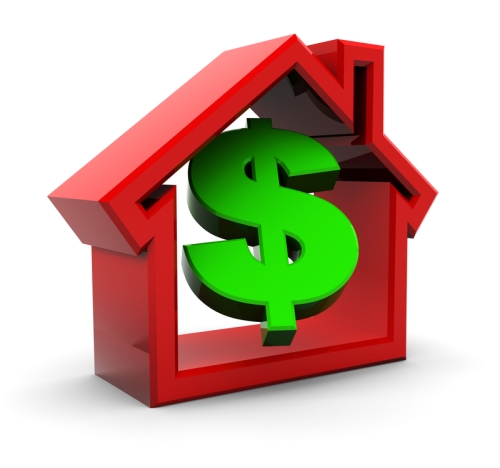 We bought our house 18 ½ years ago, 6 months after our daughter was born. We bought well, thanks to my husband’s eye for a house with “good bones” and a bit of luck with the timing, just before housing values shot up in the late 90’s. It was a scary amount of money and the mortgage was steep. We were younger then and “doing it ourselves” seemed adventurous and romantic. Around the time we moved in, I got a new job that paid well. We were at the beginning of an exciting and expensive time. I was ambitious and thought I would keep getting promoted and keep making more money. I was sure that in 18 ½ years, we would no longer be living paycheck to paycheck and that a comfortable cushion in the bank would make college tuition no sweat and retiring to a comfortable lifestyle filled with traveling a no brainer.

We all know where this story goes. I did not get promoted after that peak job and did not keep making more money. In fact the recession hit and I was laid off. At midlife, I wondered if I even liked my career and panicked if I would ever figure out what I wanted to be when I grew up, before I grew old. Now the house just feels too much. Too much clutter, too much to clean, too expensive, and we still haven’t decorated several of the rooms the way I had hoped to do long before now. My kids will be long gone before we ever get around to creating an inviting teen hang-out media room. Funny, it IS a teen hang-out media room. Just not the lovely “decorated” room I imagined it would be 18 ½ years ago. Maybe our serviceable side room is perfectly inviting after all.

Instead of embarking on new projects, like creating a fully furnished and serene master bedroom, or a fun teen hang-out room, or an organized office/welcoming guest room, we seem to be replacing and fixing things that have gotten old and broken. The super high-end trendy dishwasher we bought when we upgraded the kitchen broke within the first 5 years. We replaced it with the super practical Kenmore that Consumer Reports said was best. The list is endless. Life happened. We needed to fix the car, the hot water heater, the roof, the X, the Y, the Z. And suddenly (don’t blink!), my daughter was off to school and the tuition bill was due. And my son is right behind her. How do people do it?

As I was taking one of my long and meditative and very hot showers last week, pondering the meaning of life and wondering how best to be happy and loving and less self-absorbed, my daughter (who was home for Spring break, blissfully!), knocked on the door to tell me that my long, hot shower was now dripping onto our first floor. Whoa! What? A week, a plumber and a tile guy later, the diagnosis is that the lead basin under the shower is leaking. The prescription is to tear up the bottom half of our shower, replace the basin, and re-tile. We’re still waiting for the estimate. We don’t have a lot of financial cushion for these types of unexpected and unwanted expenses. And the joy we had in designing our way-too-expensive master shower 10 years ago is a pleasant memory but not one that either of us feels like reliving. We dutifully went off to the tile store yesterday only to be informed that our beautiful tumbled marble tile is no longer in fashion and will be difficult to find. Really? Only 10 years have passed and beautiful tumbled marble is passé? Do people really change their bathroom fashion every decade? Is that a thing?

I’m not very interested in money. It was one of the topics my father pontificated about, which means it was one of the topics that I refused to learn about. I alternate between oddly frugal (reuse plastic utensils!) and ridiculously extravagant (way too much money spent on clothes in the hopes that looking good equated with being liked and/or being successful – but that’s another post).

I pretend I’m not interested in money. As long as I have enough money. But we all care about money.  It is the currency of intimacy and the manifestation of one’s values. It’s the conversations and decisions and fights about how to spend money that form the partnership glue with one’s spouse. One man’s guitar is another woman’s yoga retreat. And should we or shouldn’t we get a private tutor so that our son stays on par academically with his peers in this competitive geographic area. (We did.)

I am proud that my career has allowed me to earn a good living. It has made me an equal in the financial conversations and decisions and fights with my husband about how we spend our money together. It has made me a strong role model for our children, both of whom benefit from having a mother with a significant career and seeing a woman navigate ambition and competition and a midlife shift in values. It has allowed me the privilege of affording a comfortable house in a desirable neighborhood with a good public school system.

If I had known 18 ½ years ago what I know now, I might have been less frugal about the small stuff and less extravagant about the big stuff. At the time, the old advice was: Buy the biggest house you can afford! My advice now would be: Buy the smallest house you can tolerate! A smaller house means a lower mortgage monthly payment, which means maybe, just maybe, you won’t need such a big job with such big pressures. Do what makes you happy, give more money away, spend less time cleaning and fixing the house, spend more time with family and friends you love.